The digital influencer Gustavo Rocha (23), Túlio Rocha’s twin, publicly revealed his sexuality through a video posted on his Instagram profile, on the last Sunday, October 4, in which he recorded his “coming out”in a literal and connotative way.

Some naive communication vehicles, and even fans of the Rocha brothers, had come to believe that the “coming out” was sponsored by Calvin Klein, since Gustavo showed up wearing several pieces of the brand. The general consensus was that the video would be even more confusing if Gustavo didn’t show his the brand of his watch, which wasn’t Calvin Klein.

On the last Tuesday, October 6, in a new video uploaded on his Youtube channel, Gustavo told his fans that he identifies as the “G” in the LGBTQIA+ acronym. He also needed to clarify that, in fact, the video wasn’t a marketing action for the clothing brand.

“Now let me clarify something here: There was no sponsorship. I didn’t get any money to shoot the video. I wore Calvin Klein because they are my partners and I invited them. I didn’t do it for money”, he wrote on his Twitter.

Fábio Vasconcellos, President of PVH Brazil (Phillips-Van Heusen Corporation), confirmed to GAY BLOG that the “campaign” was the digital influencer’s exclusive initiative and congratulated him. Following are Vasconcellos’ answers:

Did you know Gustavo Rocha? If so, did you ever think of working with him for a brand activation?

Yes, Gustavo Rocha is a Calvin Klein partner! In January, due to the brand’s invitation, he went to New York to attend the CK Everyone fragrance launch party.

Did you pay or encouraged the digital influencer to shoot this “coming out” video?

We didn’t pay him. Due to our partnership, we dress him up in some of his productions. The video production, the conception of the idea and the art direction were handled directly by Gustavo and we didn’t know about the dimension of the project, but we think it turned out amazing!

What did you think of the video?

Calvin Klein has always supported diversity and people being proud of being themselves #PROUDINMYCALVINS. We congratulate Gustavo for his courage and we are really happy for being apart of this moment.

Are LGBT campaigns something established in the company? Are there plans for the next brand activation? Can you say something in advance?

Yes, the pride campaign has already entered the brand’s schedule. For two consecutive years, we had Pabllo Vittar and many other equally relevant celebrities as our Brazilian personalities. In fact, we just launched our Pride 2020 product line (calvinklein.com.br/pride) and we will continue to support diversity and self-expression.

In 2019, for the sixth consecutive year, Calvin Klein supported the São Paulo LGBT+ Pride Parade and directed part of the income to the non-governmental organization Parada SP, which was responsible for the event.

Besides São Paulo, Calvin Klein has the most well-known LGBTQ+ Pride Parades in the world in their schedule, such as the ones in Tokyo, Los Angeles, Milan, New York, Toronto, Amsterdam, Orlando and Hong Kong. Keep reading. 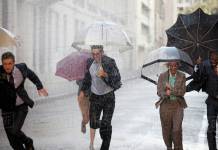 A top left 4 bottoms waiting in the rain: “Only the first one who got there entered the building” 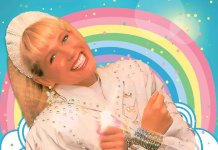 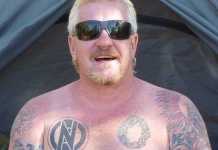 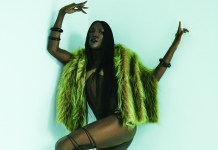 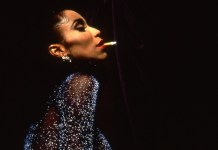 11 years ago, Octavia St. Laurent, the star of “Paris is Burning”, left us 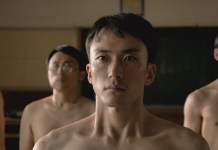 Set in Japan in 1944, “Coming Home” is available on streaming until the 22nd