Australian surfer Matt Branson, famous in the late 1980s for having entered the world circuit and for having a professional style considered “modern” for the time, decided to abandon competitions in 1991. Now, in an interview with O GLOBO, Branson says that the fact that he was in the closet was the main reason, because he was very paranoid about being gay.

“I left the circuit out of total paranoia for being gay. Simple and straightforward, that was it.” – said Branson – “I was freaking out. I had a partner at the time, so I left the circuit and went to live together. And I basically hid it from the world at that time. I had also been stabbed in Sydney (in a mess at a nightclub) six months earlier, so I was also dealing with that. “

When asked about the change in society compared to thirty years ago, Branson is very optimistic.

The world was a totally different place. I mean, when i traveled on the world circuit, there were places where you could be killed if you were gay. There are still places like that. Fortunately that is changing. I think that most of today’s surfers don’t important with people’s sexuality. It certainly changed a lot from when I was young. I’m sure if people knew I was gay in the 80s and 90s, I probably would have suffered a lot while surfing “ – says Branson.

The surfer publicly exposed his sexual orientation in 2016 during an interview with “Stab” magazine. To this day, he is the only man on the professional surfing circuit who “came out of the closet”, and he also says that women have always been more open about sexuality. However, he comments on possible people who are considering publicly exposing homosexuality.

“What matters is your family and friends who are close to you, who help you get through life’s difficult decisions. But if you do, I would say a big, ‘fuck yeah’! It’s good to be you!” – says. 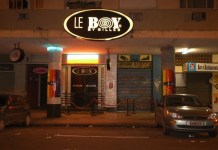 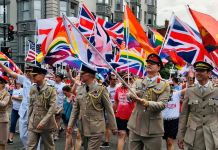 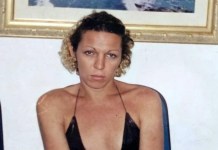