Omar Ayuso, famous for playing a character of the same first name on the TV series “Elite”, Netflix’s hit show, did a new photo shoot released by Interview Magazine, seeking to promote the series’ new episodes. The show’s fourth season already started shooting and the pictures were released on this Wednesday, September 9.

In the show, the character Omar Shanaa is a muslim who needs to hide his homossexuality from his traditional and conservative parents. In real life, Omar doesn’t feel such need to hide, check out:

Élite (stylized as É L I T Ǝ) is a Spanish TV show that premiered on October 5, 2018, through Netflix’s platform. The series was produced by Zeta Producciones for Netflix and created by Carlos Montero e Darío Madrona. The show’s three seasons consist of 8 episodes.

In its plot, three young friends – Samuel (Itzan Escamilla), Nadia (Mina El Hammani) and Christian (Miguel Herrán) – receive scholarships from a construction company after their previous school’s collapse due to poorly done construction works. Their new school is Las Encinas, a prestigious institute in Spain, where the country’s elite people send their children to study. At Las Encinas, the three friends meet the rich siblings Marina (María Pedraza) and Guzmán (Miguel Bernardeau), whose father controls the construction company at fault for the roof collapse at their previous school.

Guzman’s casual girlfriend, Lu (Danna Paola), and the school’s principal’s son, Ander (Arón Piper). Samuel’s brother, recently released from prison, Nano (Jaime Lorente), and Nadia’s brother, Omar (Omar Ayuso), soon also get involved in the clash of lifestyles, resentments, envy and sexual attraction. Through a series of flash-forward scenes, starting with the first episode’s opening, it is shown to the audience that the stories that unfold from a clash of lifestyles somehow led to a murder.

These instant scenes, spread through the main narrative, portray the crime’s initial police investigation and the main characters’ questionings, whose answers and evasiveness highlight aspects of the stories that led to the murder. 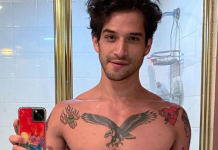 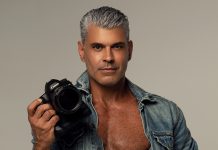 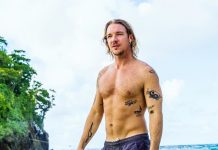 In order to raise the readers’ awareness, Diplo showed his butt. He is openly against Trump. 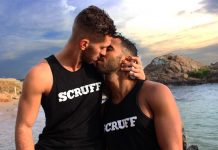 50 shades of handsome guys that make SCRUFF a necessary app 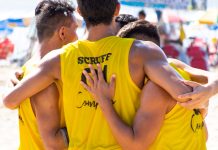