An unexpected meeting showed me the door to come out of the closet, I just needed to be a little bolder and open it once and for all.

For a good part of my life, a lot of signs indicated that my sexuality didn’t really fit into the straight category. I broke up with my girlfriend because I couldn’t commit or take the next step in our relationship. Something was just off. I started going out to dance in gay bars in San Francisco and one of my favorite things to do for fun was watching “Queer as Folk” with my friends, as I mentioned in my previous post.

I might already suspect that, but, at the time, I still didn’t know if I was really gay. What was missing? My first night with a man, of course. And it ended up happening, but not exactly in the most predictable way, which was to hook up with a guy in one of those clubs in the Castro.

That experience was, actually, really different from what you can imagine. I had traveled to Amsterdam, to attend the World Wide Web technology conference. These events were mostly attended by men, and it wasn’t easy to find a gay man among them. Or a guy with highlights in his hair, which was my case. (There is a correlation with highlights, iced-coffee and sexual orientation but that could be a whole other post.)

Even though I didn’t mean to, I think it showed, because a really cute guy, Gregory, approached me. He was also American and was working there as a tech support volunteer. I liked his talkative nature and energy. So we started talking.

I remember I was delighted by that great connection with someone that was so kind and joyful, and I think he also felt something different for me. At the end of the day, Gregory asked if I wanted to grab a drink at a nearby bar, a few blocks away from the conference hotel where most of the attendees were staying.

The bar had a very quirky mood, let’s put it that way. The first thing I noticed were the several wood monkey figures in the shelves… And they all had big dongles. When I looked around, I could only see men. Then it hit me: it was a gay bar.

I went with it and started to feel as if we were on a first date, an exciting mix of butterflies in my stomach and disbelief that all that was really happening. While we talked, I noticed we were kind of flirting with each other. When you drink, your shyness goes away, so I was feeling really comfortable with that.

What attracted me in Gregory wasn’t anything special about his body. I remember he had really beautiful eyes, but I wasn’t feeling this kind of physical attraction. What I craved for was that skin to skin contact, touching him, holding his hand, hugging him. But how should I start it?

After a few drinks, we went back to the hotel and stayed in the lobby, talking. Truth is, none of us wanted the night to end there, so we didn’t want to say goodbye just yet. So when we were really going to say goodbye, he held my hand and started to play with my fingers.

Feeling his hand on mine made me want to go even further with that skin contact that I craved for. I asked him if he wanted to come up to my room, but I was clear: we were not having sex. I was a bit scared, since I had just met Gregory and didn’t even know what to expect from that night. But, at the same time, I felt safe, because he was a nice and smart guy and I knew what I wanted.

We spend the whole night together. We didn’t have sex, we didn’t even kiss. I got what I needed: cuddling, hugging and spooning. The next morning I woke up and thought: “Well, I’m gay.” Spending the night with him was surprisingly comfortable. This skin contact, the cuddling, the desire, all of that finally felt natural to me.

And that’s how, at 25 years old, I found the missing piece for my puzzle. If Gregory lived in San Francisco, I think we could have started dating. Since he lived in Seattle, we parted ways. A few years later, he made a profile on Orkut and found me there. We had a short, but really nice conversation.

After that night, I was sure that it was time to start dating guys. And that’s what I did when I came back home, but, at first, I didn’t tell anyone. Until the moment came that I fell in love with someone and realized it didn’t make any sense to keep my sexuality a secret. I had found the closet’s door, but still needed to open it.

I wanted my friends to meet my boyfriend. Up until that day, I hadn’t told them I was gay, I had only opened up to my brother and my sister-in-law. So I decided to invite everyone to my birthday party and introduced that new man to everyone simply saying: “Hi guys, this is my boyfriend.” And, surprisingly, my friends were not surprised. I think they already knew, and it was really nice to see how happy they were for me, that I was able to accept my true sexuality.

After that revelation/party, I felt truly free. It was really nice to be able to express myself like that, with no more strings holding me back, no more fear. A new path was opening up for me, outside of the closet, once and for all. 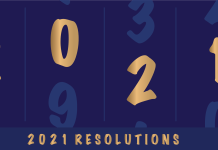 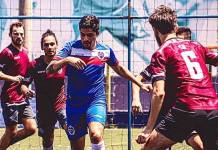 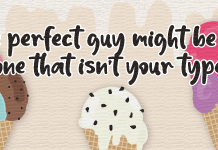 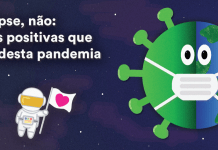 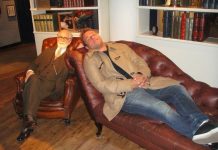 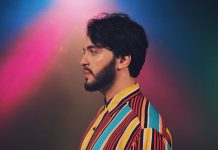 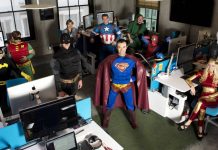 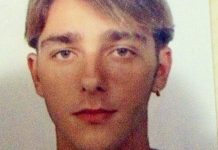 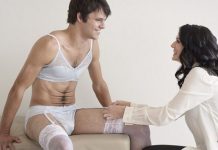