Home NEWS “Masculinists”: the terrorist group that invaded the Capitol

Brazil and the United States live similar moments: they are both countries where bizarre happenings have become so common that they seem part of the routine. On the last Wednesday (06/01), terrorists invaded the Capitol, North-American Congress headquarters during the validation of the elected president victory Joe Biden.

If the national security violation wasn’t enough, the criminals caused the death of four people. An inattentive reading of the facts could leave behind some details that manifest the threatening aspect of the act. This is because, according to Brazilian anthropologist Rosana Pinheiro-Guimarães, a professor at the University of Bath, in the United Kingdom, there is more behind the images of tattooed and muscular men, dressed in fur and horns, painted in the colors of the United States than unconventional aesthetics.

Pinheiro-Guimarães works as a researcher and researches masculinity and explains the so-called “male tribalism”, ou “masculinism”. “The principle of male tribalist groups, or masculinists, is primarily a hatred of women, an idea that women are simply objects for human reproduction. Many of the American masculinist groups argue that women have to be hunted, literally, and that we only serve for reproduction “, he explains.

In this sense, aesthetics is adopted as a reminder of times when equality and human rights were not relevant issues and masculinity, the objectification of women, and brutal violence against the different prevailed even more oppressively. The “tribute” can happen to many peoples, such as Romans, Spartans or Vikings, for example. But the virility revindication, from the right to war and other virtues that are seen as lost in modern societies, is a tonic in the speeches, much more than muscular and tatted bodies. For the teacher Pinheiro-Guimarães, it’s an even worse way than sexism in environments of religious fundamentalism, because it isn’t only about the woman’s subservience, but of true hatred to the female.

Even though it’s not news, the gender movements grew exponentially during Donald Trump’s governance in the White House, in academic references, or in forums and online discussions. Alt-Right (alternative right) and QAnon are some of the most popular extreme movements in the United States. Organized in internet groups or in face-to-face ones, the goal of the criminals’ leaders is always to fight the tentative to reduce the social injustices, such as LGBTQIA+ fights and the action Black Lives Matter.

The researcher explains that not coincidentally, after Jair Bolsonaro’s election, in 2018, the number of translated videos to Portuguese and starred by Brazilians substantially grew, besides direct threats to other researchers, like professor Debora Diniz (from University of Brasília and Brown University, in North America).

On top of all this, there is still Jack Donovan, writer, and main masculinist star, an extremist representant without movement limits. Donovan and his followers practice homosexual sex among themselves, but they don’t consider themselves gays. According to them, the motivation is the worship and devotion to masculine aesthetics, the man’s virility, and body. Even though, for them, the gay or effeminate identity is about an aberration and should be strongly fought. The defense of the male ideal, this way, shouldn’t be confused with the weakness of being gay.

These and other behaviors defended by the group of terrorists raise a serious question about the importance of debates on sexuality and gender in contemporary times, since the monochromatic tone of the actions of such extremist groups leads to a growing wave of violence – wherever they are installed. 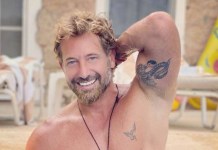